Home About The Region Ord River

The Ord River is a significant Australian waterway, supplying water to a hugely successful agricultural industry and supporting Ord River cruises and tours of this unique Kimberley environment.

The Diversion Dam is an historic marker in the evolution of agriculture and energy production in the remote north of Western Australia.

Having been officially under investigation since the early 1900’s, and after extensive government and scientific investigations, a research station was established in the area, now home to the Frank Wise Institute of Tropical Agriculture.

In its first twelve years of operation a number of agricultural opportunities were identified in support of the Dam and the creation of an extraordinary irrigation scheme to harness one of Australia’s fastest flowing rivers during the summer wet season.

The building and operation of the Diversion Dam, once the link to the Ord River Dam was completed, produced a massive storage reservoir, Lake Argyle Kununurra, and enabled hydro-electricity to be introduced to Kununurra, Wyndham and the Argyle diamond mine.

It was also an historic moment for eco-sustainability on a global scale. Built in the early 1970’s, the dam formed the massive Lake Argyle and stores water year-round to generate hydro-electricity and supply irrigation to sustain agriculture in dry periods. The dam wall soars high enough to capture large volumes of floodwaters in very wet seasons. The success of the Ord River Irrigation Area is set to continue with Ord Stage 2 already funded.

Boating the Ord River is an experience not to be missed. From the dam the river gets progressively more beautiful and moves inland. On display are birds, fish, crocodiles and wallabies – you might even see an eagle. Your Triple J guides are experts at spotting wildlife and the afternoon tea set up on the riverbank is a popular option. 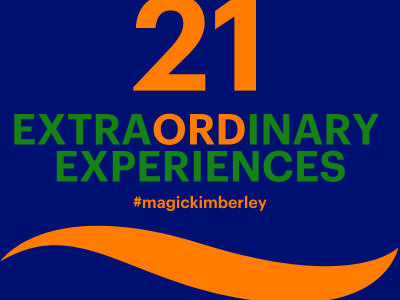 Muster-ing People for 20 Years at the Ord Valley Muster

Triple J Tours is a multi-award winning company that provides the longest continuous daily river cruise in Australia, 55km on the Ord River between Kununurra and the Ord Top Dam at Lake Argyle.

The Ord River provides one of the most stunning river systems in Australia, it is scenically beautiful and rich in wildlife and flora.